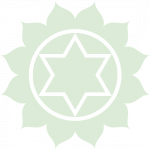 Qi and the Meridian System

Taoists have identified 14 meridians, 10 of which relate directly to major organs of the body and include:

It’s the free flow of qi—or energy—to the organs that keeps them healthy. When the qi in a meridian is blocked or slowed, the organ corresponding to that meridian is affected, and the whole body suffers. In the Taoist view, disease is only a symptom of a blockage or irregularity in the flow of qi.

The majority of blockages to the free flow of qi occur within the dense connective tissues in the major joints of the body. Yin Yoga targets the connective tissues that surround the hips, spine and pelvis. Bringing attention to these areas stimulates qi via acupressure, much in the same way that acupuncture does (but without the needles!).

The meridian system can get fairly complex. Yin Yoga targets mostly the six lower meridians that begin and end in the feet. These are the ones most strongly affected during practice, and include:

If you’re interested in more detailed information about the Chinese meridian system, take a browse here, or check out Ted Kaptchuk’s book The Web That Has No Weaver.

Want to join the discussion?
Feel free to contribute!